Former Vice-President, People at Benevity to grow Symend team by over 75 percent globally in the next quarter. 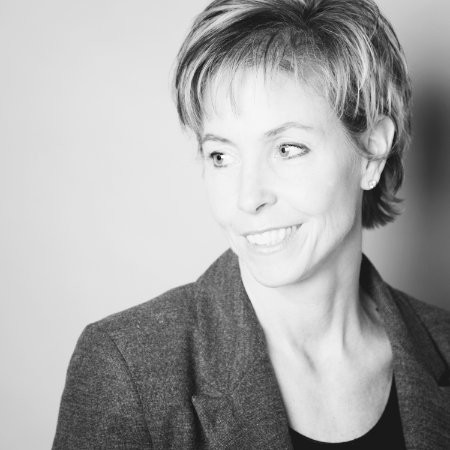 Farris has over 20 years of experience growing teams and evolving culture at some of Calgary’s first and fastest growing tech companies such as Image Club Graphics, Eyewire, Veer, and most recently, Benevity.

Her experience leading high-growth companies through rapid recruitment and international expansion comes at a crucial time for Symend. The team has more than tripled in size within the past eight months, with plans to continue to attract the best and brightest and grow by a total of five times by the end of 2020.

“Growing a team at this speed is a massive undertaking and a rare opportunity,” says Farris. “Symend has a strong leadership team and an experienced Board of Directors who have built successful rapid-growth companies, and I am honored to be part of charting the course.”

Farris is no stranger to fast-growing technology companies, having helped grow the team by five times during her five years with Benevity. Along with rapid recruitment, Farris has made her mark focusing on culture and helping companies expand into new markets. This experience will be critical to supporting Symend’s vision of becoming an employer of choice while rapidly building a dispersed team to keep up with customer demand.

“We have accelerated our growth because expanding into new markets and verticals takes a massive amount of momentum,” says Hanif Joshaghani, Co-Founder and CEO at Symend. “Bringing on a leader like Vivian is pivotal to our ability to attract top talent and support our people while continuing to deliver a leading-edge product and excellent client service.”

Farris has built out offices in Canada, the U.S. and Europe, which will be a major asset as Symend continues international expansion with recent hires in Europe and Australia. Symend is headquartered in Calgary, Alberta with satellite offices in Toronto and Denver and plans to expand into Atlanta and Seattle.

Symend is scientifically transforming the debt recovery industry by treating individuals with empathy and dignity at the time they need it most. Combining behavioral science with advanced AI, machine learning and advanced analytics, Symend’s engagement platform enables companies to develop customer engagement programs that support the engagement and retention of customers that are financially at-risk to create lifetime value. Founded in 2016 and headquartered in Calgary, with offices in Toronto and Denver, Symend is privately held. For more information, please visit https://symend.com/ or follow the company on Facebook, Twitter, LinkedIn and Instagram.